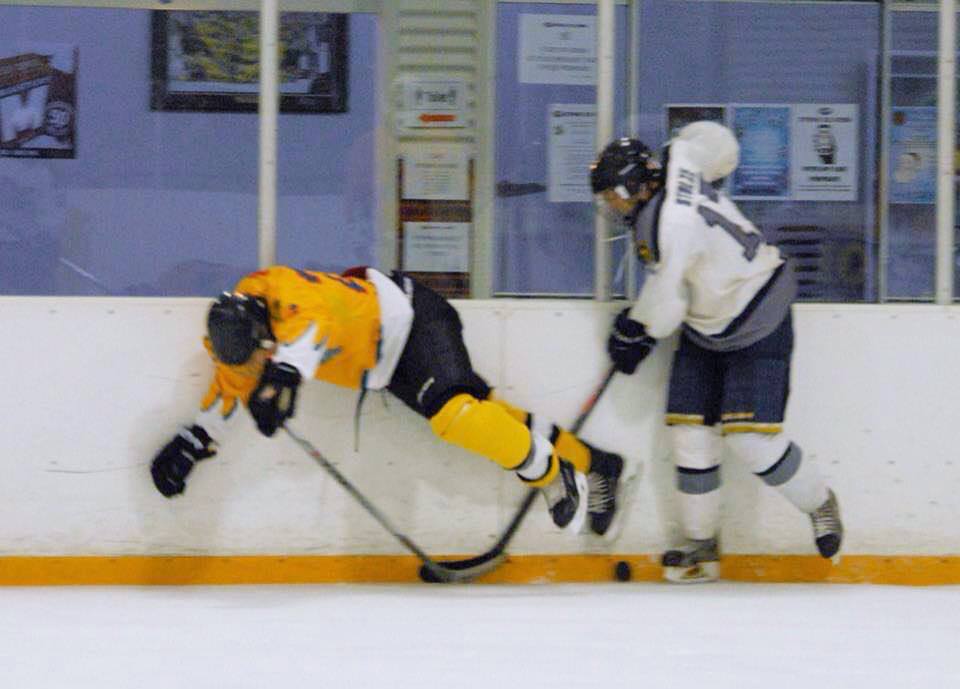 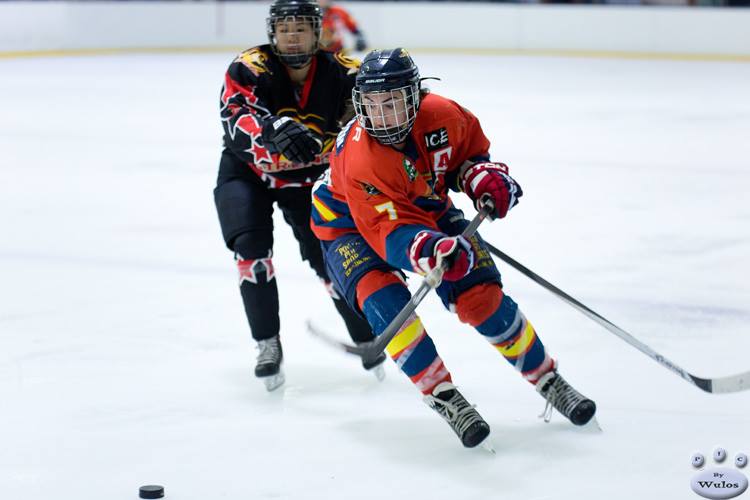 The Sirens extend their winning streak to four in a row all of which have come against Adelaide. Given previous encounters between these two teams you would have expected another close battle, however, Sirens Sharna Godfrey had other plans notching 5 goals and 1 assist in an 8-2 affair.

Godfrey got things started early tallying the first two goals in the opening minutes. Diana Glass responded for the Adrenaline to make it 2-1, but Sharna Godfrey and line mate Kath McOnie responded finishing the first period with a 4-1 lead and a hat-trick for Godfrey.

A 4-1 lead is never safe against the Adrenaline as they have proven this season they can come back from just about anything. But Saturday was not to be as the Sirens scored another three unanswered goals (two off the stick of Godfrey) leaving the second period 7-1. The Adrenaline did manage to get their game back in order tying the third period 1-1 which they could take into the next game and try and leave the 8-2 result behind them.

Diana Glass would get things rolling for her side on Sunday taking a 1-0 lead at the end of the first. This time Amelia Matheson would do the damage for the Sirens scoring two goals in the second period and with Sharnita Cromptons goal the Sirens were 3-1 ahead. Adrenaline Beth Kavanagh who assisted on the first goal, popped in one of her own to narrow the lead 3-2.

Sharna Godfrey would make it 4-2 to finish the game proving she still has plenty of more goals left in the tank. The Adrenaline will get a week off to regroup before they take on the undefeated Melbourne Ice. 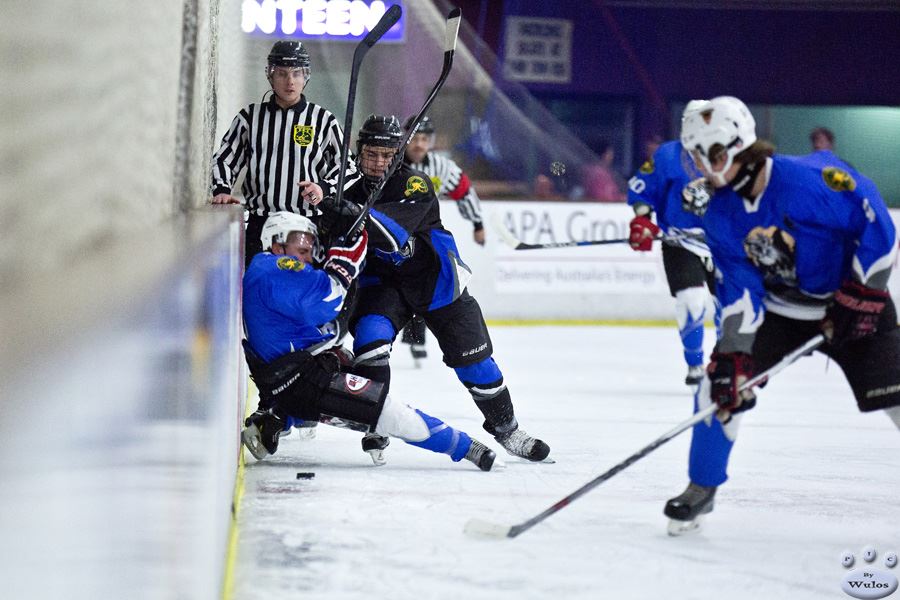 The Pelicans were looking for revenge in the West and they got it defeating the Sharks 3-1 Saturday night. Pelicans Jordan Grover capitalized on the power play in the first period to get his team ahead by one. The Sharks Connor Knapman managed to level the scores early in the second period, but that would be as close as Sharks would get. Jordan Williams notched what would be the the game winner minutes later as Lyndon Lodge buried the insurance marker with less than minute remaining in the third to keep the Pelicans in third place.

Over in the East, a scoreless first period suggested another close battle between the Sydney Sabres and Sydney Wolf Pack on Sunday night. The Sabres managed to kill off three penalties, providing them a momentum boost going into the second.

Ellesse Carini opened the Sabres account in the second period followed by Liam Manwarring and Aiden Silato, who extended the lead out to 3-0.

The Wolf Pack couldn’t work out a way to get past Mendoza-Kehlet until Dylan Lavery closed the lead 3-1 early in the third. But Mendoza-Kehlett shut the door thereafter allowing veteran forwards Saxon Air and Cian O’Reilly to further cement a 5-1 finish.

Next weekend the Sharks and Pelicans are at it again Saturday 6:30pm at XIA. Be sure to catch the action or follow the AJIHL Facebook page for score updates.

The Sydney Sirens have pushed out the Adelaide Adrenaline for second place in the standings this week whilst the Melbourne Ice extend their winning streak to 4 against the Goannas.

Adelaide have been taking their team name literally lately as they staged yet another comeback, this time against the Sirens Saturday night. Down 3-0 the Adrenaline closed the gap to 4-2 by the end of second. With momentum on their side they buried another two unanswered goals to force the shootout. Their shootout closing streak would come to an end unfortunately as the Sirens managed to salvage their lost lead and count the shootout victory as their first points on the board for the year.

On Sunday the Sirens managed to set the lead again, this time 2-0 after two. Adelaide halved the lead at the start of the third, but the Sirens would learn from Saturday’s efforts and seal the game with two insurance markers

The Brisbane Goannas traveled south determined to get their first win of the year against a streaking Melbourne Ice at home. Goannas were leading 2-1 at the end of the first after goals from Emma Gray and Abi Brown. But Georgia Carson would even the score giving the defending champs a jolt as Jones and Padgen would make it 5-2. Emma Gray got the Goannas back in the game with a nifty goal, but it wouldn’t be enough as the Ice finished off the job 7-3.

The Ice didn’t stop there. On Sunday they raced out to a 4-1 lead. Brisbane would respond but it wouldn’t be enough as the Ice cemented their undefeated streak with a 6-3 win. 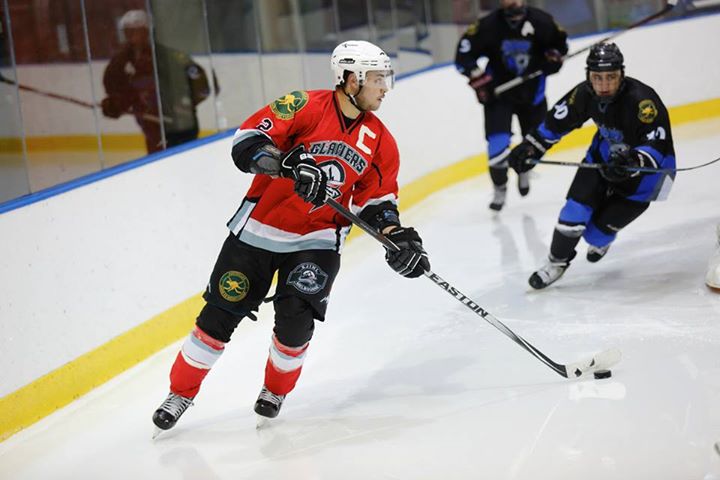 After a convincing 5-1 victory over an undefeated Sydney Wolf Pack Sunday Night the Melbourne Glaciers sit atop the AJIHL standings. Thanks to the stick of Caleb Butler (10G,2A)who managed consecutive hat-tricks over the weekend and solid net minding from Jack Hayes the Glaciers also find themselves on a hot streak winning their last 3 in a row.

The Sydney Sabres got their first win of the season over the Melbourne Whalers 3-0 Sunday night. Sabres rookie Dale Tilstead sealed his first AJIHL shutout as his team managed to get back to their winning ways.

The Whalers will want to put this week behind them and get back to playing the style of hockey they put on show against the Glaciers opening night.

Despite a 5-1 loss to the Glaciers the Wolf Pack have started the season strong thanks to secondary scoring with goals coming from 9 different players on the team so far.

Over in the west the Home Derby continued as the Sharks fought back from being a goal behind the Perth Pelicans to tie up the game with 40 seconds to go in the game and force a shootout.

Sharks goaltender Mark McCann saved both shots from the Pelicans shooters while Ben Stolze and Tomek Sak scored in the shootout to give the Sharks the 3-2 SO win.