The AJIHL finals are finally here this week and will be hosted for the first time in Penrith NSW. Make sure you and check out these teams in action after what has been a thrilling State Semi Finals series and season. Entry is free so don’t miss out!!! 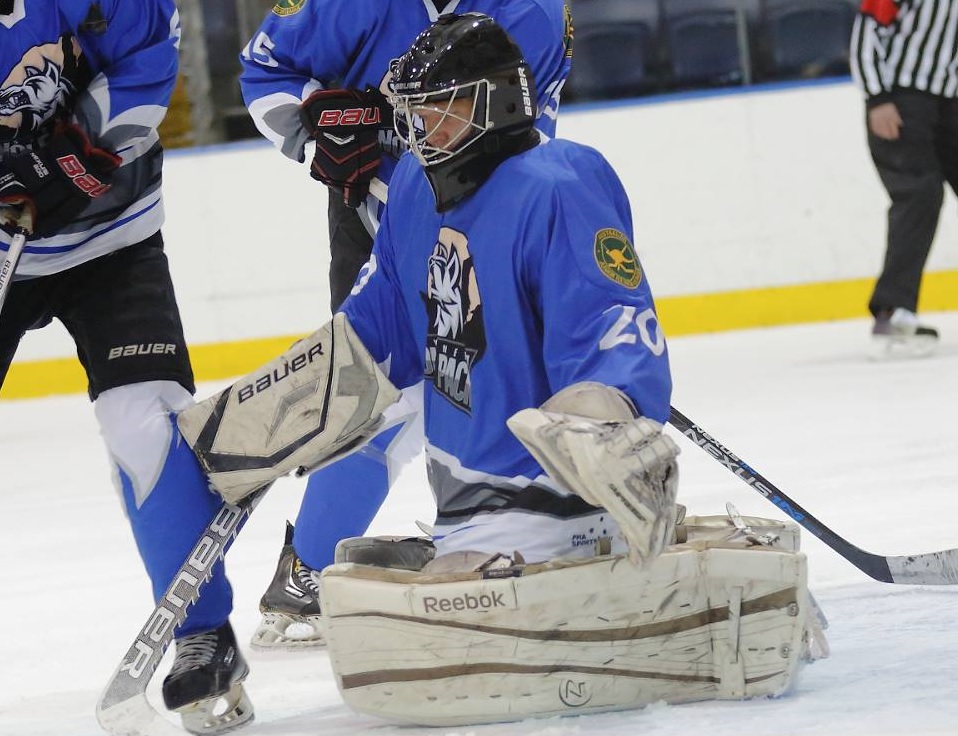 The Pelicans managed to break their slump with a 5-2 win over the Sharks on Friday night. The Pelicans took a 2-0 lead off the sticks of Joshua Santana and Jonathon Spalding. Kevin Matheiu and Bruno Stolze tied the game up in the second period. Both teams were hungry for a win after the previous weeks losses, but it would be the Pelicans who broke free thanks to the “Jordans”. Jordan Williams pushed the Pelicans ahead with back to back goals to complete a scoring frenzy of a second period. Jordan Grover then netted the final marker in the third to give the Pelicans the big W and create a bit more distance between them and the Sharks in the standings.

The Glaciers streak has ended and what a run it has been. The Sabres defeated the Glaciers Saturday night in Sydney 6-5 in a shootout which was forced by the heroics of Glaciers Corey Stringer with less than 30 seconds remaining. Caleb Butler was up to his usual tricks scoring two goals but his efforts were trumped by Ellesse Carini’s hat-trick after two periods of play and a 4-3 lead to the Sabres. Defenceman Daniel Pataky and Darcy Flanigan both contributing from the blue line for their respective teams. With his team down by one Corey Stringer kept the streak alive a little longer with a clutch goal to force the shootout. Manwarring and Pataky both scored in the shootout to continue their winning streak and put a stop to the Glaciers.

The Wolf Pack and Whalers went head to head as well with Jonathon Hughes earning a shutout in a 6-0 win. The scoring was shared amongst the Wolfpack with five individual scorers Knight, Kubara (2 goals), Zvonicek, Pullen and Nadin.

On Sunday the Sabres defeated the Whalers 4-0. Charlie Yole got his team off to a great start. Fraser Ohlson faced 32 shots and managed to keep his team in the game, but Liam Manwarring (2G) and Ellesse Carini continued their scoring streaks to finish a solid 4-0 victory.

Secondary scoring and solid goaltending was the story of the Wolf Pack this weekend as they finished off their weekend with a 4-0 win over the first placed Melbourne Glaciers 5-1. The Wolf Pack scored four unaswered goals thanks to Charlie Fraser, Jackson Knight, Carter Lawrence and Nick Air.

Next week features the AJIHL intrastate Semi Finals where the winner’s will then take part in the Finals series Feb 27th/28th. Schedule below: 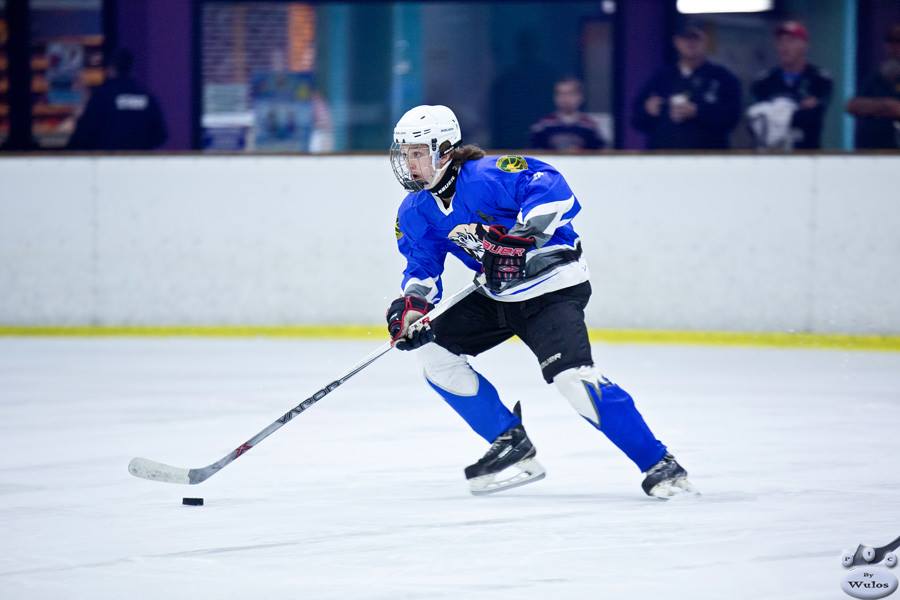 On Saturday night (February 6th) the Sharks were close to getting out their recent slump losing in a shootout to the Wolf Pack 4-3. Tomek Sak played a big role in his teams efforts scoring two goals and one assist. But it would be Patrick Nadin and Bayley Kubara that would spoil the Sharks night. Both notching a goal each and burying their shootout goals to keep the Wolf Pack up the standings.

Both Liam Manwarring and the Sabres continued their winning streak with a 6-1 win over the Pelicans. Manwarring scoring a hat-trick to get his team fired up. The Sabres scored five unanswered goals. Most of the damage coming in the second period. David Mahood managed to spoil Dale Tilstead’s hopes of a shutout on the powerplay with two minutes remaining in the game.

The Pelicans couldn’t reverse their fortunes on Sunday as the Wolf Pack managed to also win 6-1. Bayley Kubara walking away with three points on the night. Jackson Knight got his team on the board with the first goal of the game before setting up Dylan Lavery two goals later. Stephen McCann decided to help his team score as the Pelicans netminder got a second assist on Jonathon Spaldings effort.

The Sharks and Sabres were next up and Sydney contniued their dominant performance. Cameron Smith scored the first two goals for the Sabres with Liam Manwarring assisting on both goals. Manwarring later added a third marker to launch himself into the top five in AJIHL scoring. Mark McCann faced 32 shots and stood on his head, but it wouldn’t be enough as his team managed only 11 shots in reply. Tyrone Mendoza-Kehlet finished the weekend with a shutout as the Sabres now find themselves in second place. 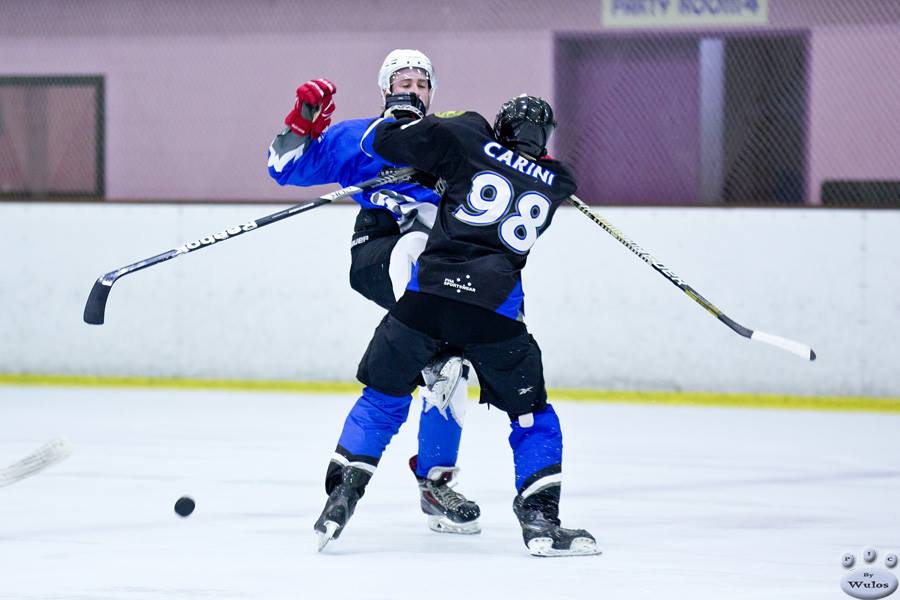 Round 10 was full of AJIHL action all across the country. In Canberra the first ever AJIHL Tier 2 tournament was held featuring the Brisbane Blitz, Adelaide Generals, and Canberra Junior Brave. Brisbane managed to go undefeated through the tournament defeating the Brave 5-1, Generals 4-2 before beating the Generals in the final 3-2 to book their wild card spot at the AJIHL Finals Weekend February 27/28 at the Penrith Ice Palace. The Blitz were led by Anthony Santilli and Henri Mousset who both picked up two points each in the final.

Gavin Birchler led the Glaciers over the Whalers 6-0 contributing a hat-trick. His third goal coming off an impressive shorthanded effort.

Whilst the Glaciers and Whalers followed the same storyline, the Sabres have continued to build up their season. Their timing couldn’t be any better as they get closer to the playoffs. Liam Manwarring was instrumental on Saturday night (Jan 30th) as he notched two goals and an assist in the 4-2 win over the Wolf Pack. Cian O’Reilly and Cameron Smith got their team rolling as the Sabres raced out to a 2-0 lead in the first period. Manwarring added an unassisted tally early in the first which would turn out to be the game winning goal. Charlie Frazer and Harrison Good tried to get their team back in the hunt closing the gap by one until Manwarring buried the insurance marker early in the third.

Over in Perth the Pelicans managed to hold on for a 4-3 shootout win over the Sharks. The Pelicans blew a 2-0 lead set up by Jonathon Spalding and Joshua Santana. Tomek Sak and the Stolze brothers teamed up to halve the lead before Spalding added his second of the game replenishing the Pelicans two goal lead. Knapman and Sak managed to score the only goals of the third period to tie the game and force a shootout. Unfortunately they couldn’t finish the job as Pelicans Lachlan Dwyer put home the third shoot out attempt to win the game.

On Sunday back in Sydney the Sabres and Wolf Pack battled out another tough game. Aiden Sillato grabbing two points in a 2-1 win for the Sabres. Ellesse Carini got the first goal of the game assisted by Sillato. Bayley Kubara and Patrick Nadin combined to tie the game but Sillato was on fire putting home the game winner in the second period. 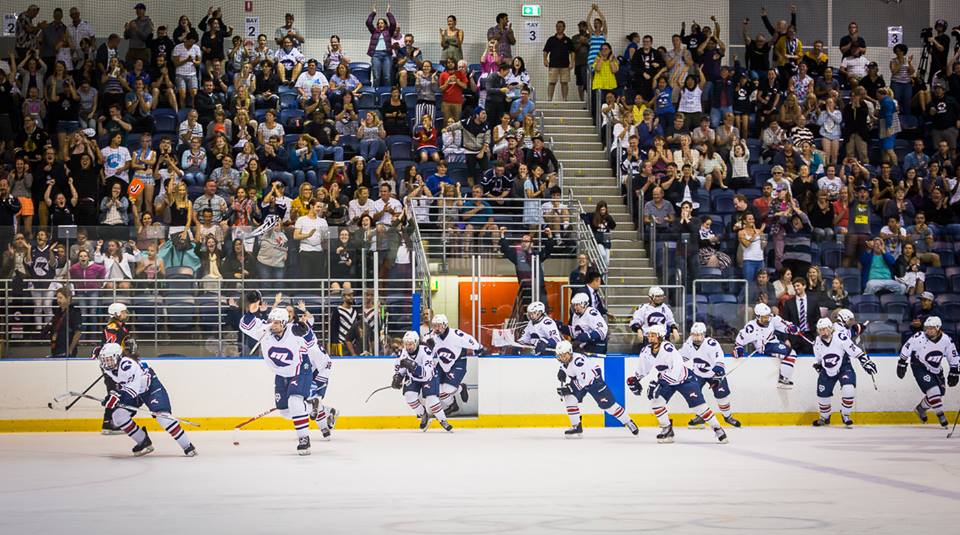 The Melbourne Ice have won their fourth straight AWIHL Championship after claiming the 2016 title on the back of a 7-6 shootout win against the Sydney Sirens at the O’Brien Group Arena on Sunday night. However, great crowds and fascinating games made it a weekend to remember, capped off by the epic Grand Final.

With the Ice and Sirens the strongest two teams all season, the pair played off in Semi-Final 1 with the Sydneysiders stunning the minor premiers 8-2 to book their place in the season decider. It was an impressive performance from the Sirens with Stephanie Cochrane and the competition’s leading scorer Sharna Godfrey claiming hat-tricks, while the consolation goals for the Ice were scored late in the game.

The second Semi-Final was another intriguing result with the Brisbane Goannas, who had previously only won two games all season including only one in regular time, shutting out and eliminating the third-placed Adelaide Adrenaline from Gold medal contention with a 3-0 win. The win propelled the Goannas into Semi-Final 3 early on Sunday morning where they took on the Ice.

While the 8am start may have been early, it set the stage for a high scoring day with the Ice claiming the game 7-4 over a spirited Goannas. Leading 5-1 at the end of the second period and 7-2, the Goannas push hard until the end and fought back but the minor premiers were just too strong.

For the Goannas, it was a tough loss to take, as they then had to back up against the Adelaide Adrenaline in the Bronze medal match. The two games on one day proven too much for the tenacious Queenslanders with the Adrenaline reversing the result from the second Semi-Final, winning 5-2 to take out third place.

With the minor placings determined, the Sirens and Ice turned on an absolute classic in front a 600+ strong crowd. The sides turned it on early, going to the first break at 4-2 to the Ice. By the end of the second, it had narrowed again to 5-4. The Sirens started well in the third, with Kath McOnie scoring the equaliser, before the leagues’ leading scorer Sharna Godfrey added a powerplay goal to complete her second hat-trick in as many finals games and give the Sirens the lead for the first time in the final. But with 10 minutes to go, the Ice weren’t going to die wondering, evening the score at 6-all with just under five minutes remaining through Rylie Padjen. Unable to break the deadlock in regular time and through five minutes of overtime, the 2016 Joan McKowen Memorial Trophy would come down to a shootout. Although Sharna Godfrey scored for the Sirens, goals to Kristelle Vanderwolf and Georgia Carson allowed the Ice to claim their fourth straight AWIHL Championship.