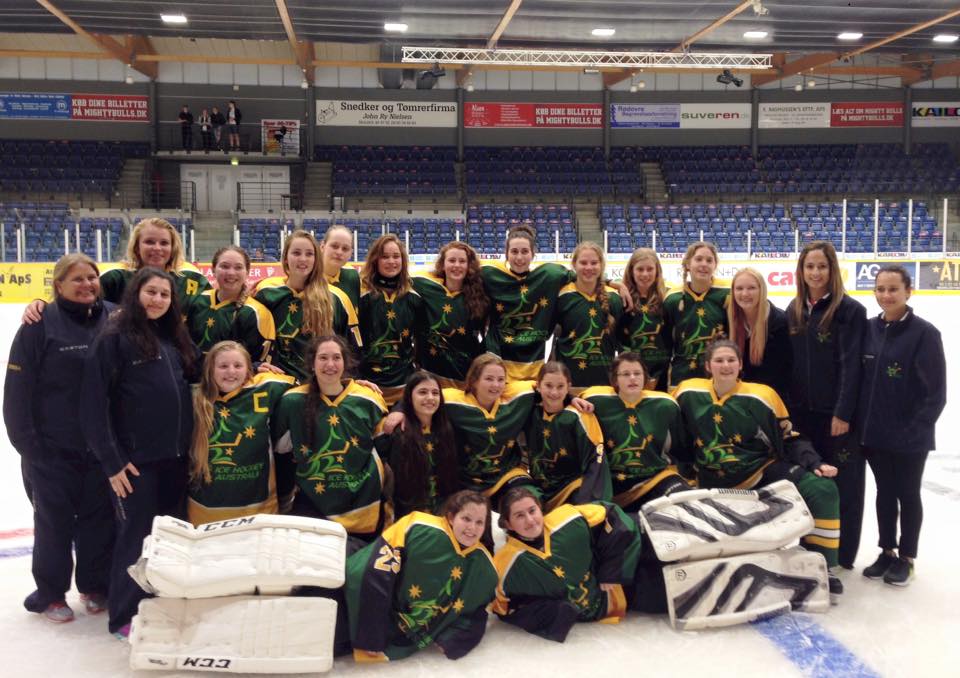 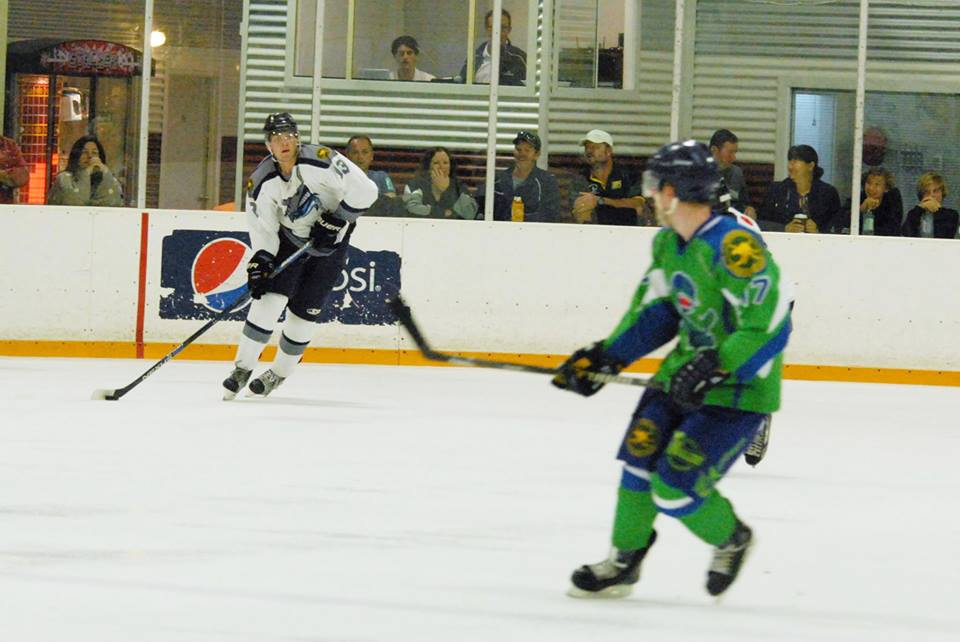 After being on the road the week before the Perth Sharks and Pelicans got their chance to take on the Glaciers and Whalers on home turf. The Glaciers were without league leading points scorer Caleb Butler and showed off the depth of their team with a 3-2 win over the Pelicans and a 4-1 win over the Sharks. The Glaciers built an early lead up 2-0 at the halfway mark of the game courtesy of Corey Stringer and Darcy Flanagan. David Mahood broke the goose egg with thirty seconds left in the 2nd period to give his team a boost going into the third. Jonathon Spalding tied the game two minutes in and it appeared the Glaciers streak may be in jeopardy. But that would last only 23 seconds when Glaciers Tim Vanderwolf responded.

The Sharks and Whalers traded back to back goals for three periods in a 4-2 win for the Sharks. Oscar Zhu netting the first goal and his first AJIHL goal for the season. Veterans Tomek Sak and Alistair Punler teamed for the Sharks second five minutes later. Byron Tschuma and Sam Stewart tied the game up in the second period for the Whalers until the Sharks piled on 15 shots in third period with Sean McLean netting the winner and the reliable Ben Stolze putting home the fourth to cement the win.

On Sunday the Perth Pelicans defeated the Melbourne Whalers 5-1 off the back a David Mahood hat-trick. The Pelicans led 2-0 after the first period thanks to Spalding and Mahood. Mahood registered another two goals until finally Byron Tschuma got the Whalers on the board. The Whalers out shot the Pelicans 13 to 12 in the final period but McCann was solid in net and shut the door.

The Melbourne Glaciers and Perth Sharks were up next. The Glaciers held a 1-0 lead for the most of a chippy game. The Sharks couldn’t capitalise on four power play opportunities in the second of which the Glaciers converted into a third period surge scoring another three unanswered goals. Oscar Zhu potted a late goal with less than two minutes remaining, marking his second in two games and spoiling a shutout for Jack Hayes. The 4-1 result capping off a successful road trip for the Glaciers.

Over in the east the Sydney Wolf Pack stay hot on the Glaciers tails with a 4-3 win over the Sabres. Patrick Nadin walked away with three points (1G,2A) establishing a 1-0 lead for his team in the first. Kleipas tied it up momentarily in the second before Dylan Lavery and Nick Air extended the lead 3-1. Ellesse Carini halved the lead with a great individual effort and backed it up with a nice play to Liam Manwarring leveling the scores 3-3 with less than five minutes to go. A late penalty to Sabres Mohak Issar tilted the game back in the Wolf Packs favour and veteran Luke Zvonicek played hero with the game winning goal on the power play.

The Whalers and Glaciers play one more game next Saturday December 19th 1:15pm at O’Brien Group Arena before the Xmas Break. 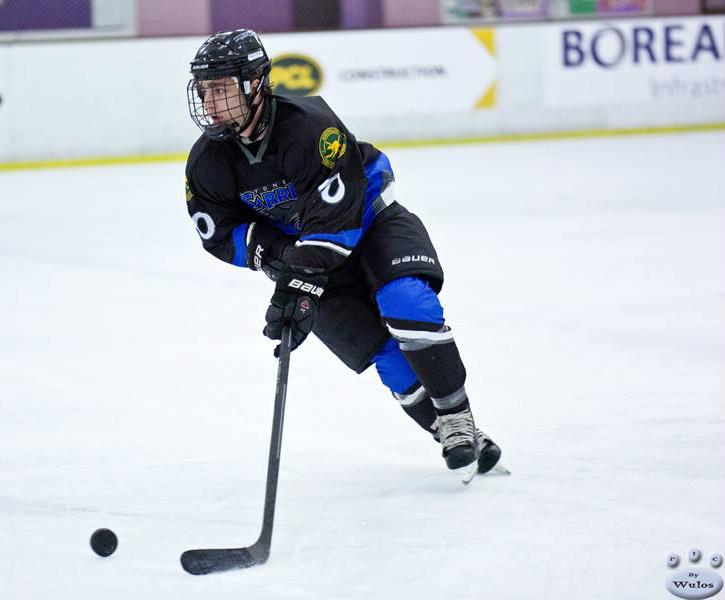 This weekend Perth were on the road. The Sharks going south to Melbourne whilst the Pelicans took on Sydney.

The Pelicans had the Sabres first up on the Saturday found themselves down 2-0 at the halfway point. Pelicans Stuart Raine and David Mahood got their team back in the game with two quick goals in less than a minute. Josh Kleipas buried unassisted to close out the second period 3-2. The Sabres capitalised on a powerplay at the start of the third period thanks to the efforts of Yole, Manwarring and Hanson with what turned out to be the game winning goal. Saxon Air and Daniel Pataky adding further damage to a 6-3 scoreline. The win brings the Sabres back up to the 500 mark for the season.

Over in Melbourne the Sharks managed a 5-1 win over the Whalers. Bruno Stolze picking up where he left off the previous weekend notching the first goal. Whalers Byron Tschuma responding later on in the second period. Stolze broke the deadlock with 23 seconds going into the second intermission. Kevin Mateiu led the charge in the third period netting two goals whilst Alistair Punler picking up a goal as well. The Sharks penalty kill had another busy yet successful night turning away 6 power play attempts.

Sunday the Pelicans were hungry for redemption in the 2014/15 Grand final rematch racing out to a 2-1 lead in the first period until the Wolfpack scored three unanswered goals thanks to Bayley Kubara(1G)and Carter Lawrence(2G). David Mahood and Jonathon Spalding tied both scored to tie up the game in the third. The Pelicans had the momentum and were looking dangerous until Sydney forward Carter Lawrence capped off a hat-trick with the game winner.

The Sharks were looking to make it two wins against a hot Melbourne Glaciers but Caleb Butler had other plans scoring the first of the game. The Glaciers pulled ahead 2-0 in the second despite being outshot by the Perth Sharks. The Sharks were finally rewarded halfway through the third as Tomek Sak pulled his team within one, but that is as close as they would get as Butler buried the insurance goal ending the game 3-1. 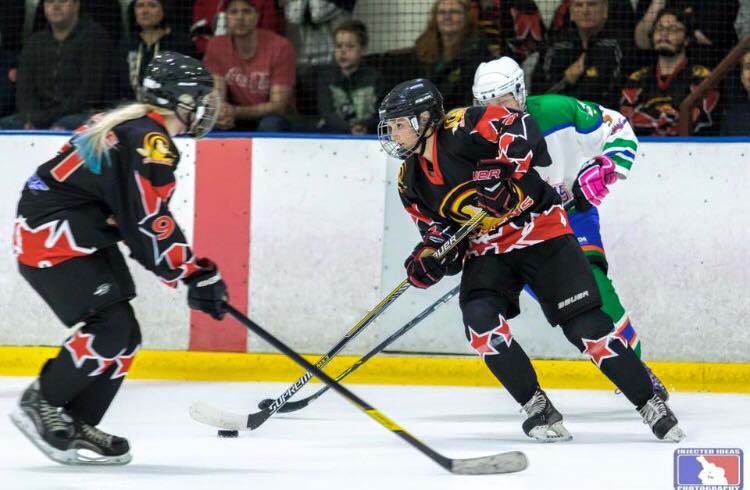 The Adelaide Adrenaline broke their losing streak Saturday night against the Melbourne Ice with a 5-1 effort at home. Melbourne managed to split the road trip replying 5-3 on the Sunday.

It was a goal tenders game until late in the second period when the Adrenaline struck twice. Beth Kavanagh extended the lead 3-0 until finally Melbourne Ice blue liner Cien Pereira scored her first of the year. That would be as close as the Ice would come as Adelaide capitalised on the powerplay and adding another tally before the final buzzer.

Melbourne got their groove back Sunday with Emily Davis opening the account 1-0 in the first period. Adelaide tied it up at the start of the second before Melbourne Ice Carly Rolph pushed her team ahead by one again. After missing in action the weekend before Alivia Del Basso was back to her best scoring top shelf. Del Basso backed it up yet again with what would be the game winning goal. Rolph making it 5-2 before Adelaide scored short handed to finish the game with a respectable 5-3.

Over in Sydney the Goannas hit the board first thanks to Emma Gray. Sirens Kath McOnie scored a pair to first tie it up before the intermission and then set a 2-1 lead at the beginning of the second. Sydney forged ahead again until Goannas Kelly Costa narrowed the lead 3-2.

A scoring frenzy ensued in the remaining five minutes of the second period starting with Amelia Matheson for the Sirens. Goanna’s Samain-Venning tightened the scores back up until Sharna Godfrey hammered home the game winner. Brisbane staged a late comeback with five minutes to go in the third led by Georgia Giblin but Sydney managed to escape with the points and a 5-4 win.

On Sunday the Sirens were back at it in a 5-2 victory showing off their depth with five different scorers (Sterenko, Godfrey, Korhonen, Bow and Rulli). Despite scoring twice in the second period the Goanna’s couldn’t seem to recover from an early 3-0 deficit in the first. Captain Veronica Watson and Georgia Giblin scoring for the Goanna’s. 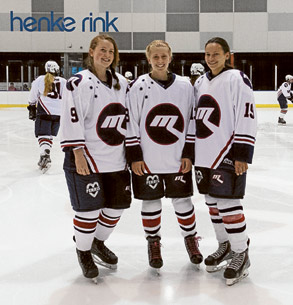 In January, the trio will head to Austria to represent Australia at the 2016 International Ice Hockey Federation U18 Women’s World Championship qualifier.

Isobel said she had been playing with the Australian U18 Women’s Ice Hockey team for three years. While team members are spread across Australia, Isobel said when the team meets it was like they had never parted.

“Personally, I feel like I am part of a massive family when I play with them. We all know each other like the backs of our hands and this shows when we get on the ice,” Isobel said.

“This January we will be travelling to Austria to play in the world championships qualifiers and we all hope to get first place in our division.”

“If we do come first we will then move onto the actual world championships, which would be a massive achievement because that would be the first time the Australian under18s women’s team has qualified,” Isobel said.

Isobel, Ebony and Emily will compete at the International Ice Hockey Federation Under 18 Women’s World Champion Division One qualification event in Austria from January 7 to 11.