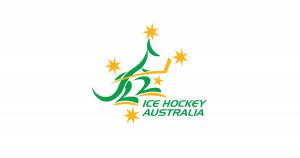 Ice Hockey Australia (IHA) is pleased to announce that during the recent Annual General Meeting (AGM) two new board members have been elected by IHA Members to the IHA Board of Directors. Christine Harman has been elected to a full three-year term, and Kathryn Rogers is filling a casual vacancy and has been appointed to a one-year term. Furthermore, Vice President/Acting President Dr Ryan O’Handley was voted in unanimously as IHA President.

Christine Harman is an experienced sports and events executive, holding roles with Cricket Australia including involvement with the 2015 ICC Cricket World Cup and the 2006 Melbourne Commonwealth Games.

“I am passionate about the power of sport to make a positive difference in the lives of people and communities,” Christine said. “I have a particularly keen interest in female engagement in sport in every aspect – whether in high-performance, management, participation, and fans.”

Kathryn Rogers is an experienced Human Resources Manager with familiarity with elite sporting environments. In addition to being a board representative for multiple South Australian community sporting clubs, she was Team Manager of the Adelaide Thunderbirds, a member of Suncorp Super Netball (SSN), for three years.

Kathryn has also represented Netball Australia as the Match Delegate for all South Australian SSN matches for the last five years.

IHA President Dr Ryan O’Handley commented on the two new board members, saying they are “two of the most professional, experienced people in the sporting community. The fact that they put their hands up to be elected is a credit to our sport.

“We needed the skill sets that both of these individuals have. This is a fantastic, professional board, I’m really excited about working with this group of people” Dr O’Handley stated.

The appointments mean that five of the seven IHA board members are women.

“It shows just how far this sport has come over the years, we are a sport for everyone”, Dr O’Handley said. “Because we are open to everyone, we have had highly professional and competent women apply for these roles, and full credit to our members for electing them. It really indicates that we’re going in the right direction.”

Regarding his own unanimous appointment as IHA President, Dr O’Handley said that the experience has been humbling.

“I’ve been working with most of the members in some capacity for a long time and gotten to know them really well. To have them vote unanimously that they want you to represent them as president is humbling, it’s a big honour personally.”

According to Dr O’Handley, the future for the sport is bright. “I feel that Australia has significant talent in our sport here. We would like to take our programs at all levels, our competitions, and our national teams to the next level. If we can get everyone working together, I’m confident we can accomplish great things.”

For further information, please reach out to office@iha.org.au