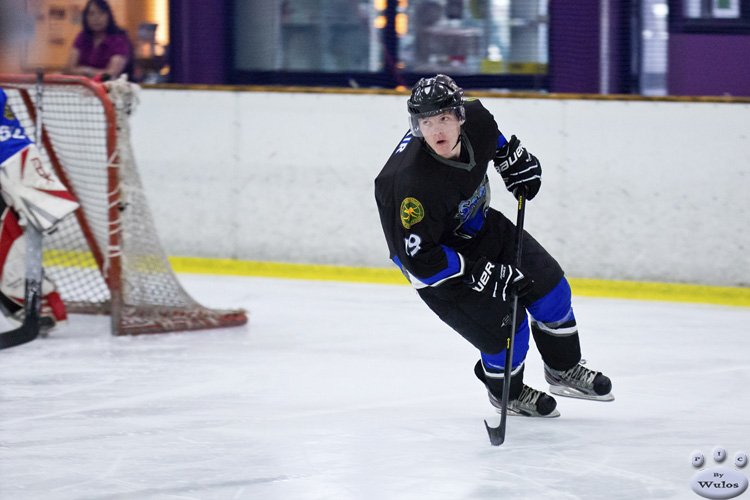 The fourth AJIHL season is just around the corner! The league has spawned some of the AIHL’s up and coming talent in the past and is a great way to see them in action before they hit the top level. If you are in need of a hockey fix and some cheap thrills then the AJIHL is the answer. As the countdown to the season approaches it is only fitting we bring you a preview of what each team can bring. The Sydney Sabres have always been a force in the AJIHL and this season looks to be no different. The Sabres pick up forward Cameron Smith who made his debut for the Sydney Ice Dogs in 2015 along with Sabres long time leading defenceman Daniel Pataky. The Sabres have an impressive mix of young AIHL players with the likes of Joshua Hansen and Saxon Air, as well as four players (Manwarring,Carini, Pataky and Hansen) representing the Australian Junior Team later this year. Below is a snapshot of the Sabres line up: 2014-2015 Season Ranking = 2nd 2014-2015 Final Ranking = 3rd Additions: Liam Manwarring, Cameron Smith (Drafted to Sabres), Aiden Silato, Pearcen Nicholson, Kory Sheridan, Joshua Kleipas, Branson Moore, Tim Russell (Drafted to Sabres), Mohak Issar, Charlie Yole, Dale Tilstead Subtractions: Luke Zvonicek (Drafted to Wolf Pack), Luke Shafren, Damien Sables, Bryan Costa (Age), Lachlan Allport (Overseas), Rhett Kelly (Age), Nathan Moncrieff (Injured), Corey Brown, Chris Shepherd (Age), Sam Lammert (Age). Forwards Liam Manwarring (Rookie) Ellesse Carini Cameron Smith Aiden Silato (Rookie) Saxon Air Pearcen Nicholson (Rookie) Cian O’Reilly Kory Sheridan (Rookie) Joshua Kleipas (Rookie) Mohak Issar (Rookie) Defence Daniel Pataky Joshua Hansen (Injured) Branson Moore (Rookie) Tim Russell Charlie Yole Goal Tyrone Mendoza – Kehlet Dale Tilstead (Rookie) Jason Kvisle and Jimmy Dufour return behind the bench for their fourth season at the Helm. Both coaches feeling pretty good about the upcoming season “We felt particularly good after leaving the NSW draft as they were happy with the group of talented players they were able to pick up”. They should feel good about this group. The addition of Junior Team debutant Liam Manwarring will be interesting to watch with his form at the State level and time spent overseas. Sabres Points leader Ellese Carini averaged over a point a game last season (9G, 8A in 15 games) and is also representing alongside Manwarring – Will Carini top this feat in his Sophomore season and lead the Sabres again? Whilst the Sabres lose a veteran in net in Rhett Kelly who was instrumental to their championship two years ago, the sabres will do just fine with Tyrone Mendoza – Kehlet. Kehlet led the league last season in GAA (1.44) and 8 wins. He will have a strong defensive unit in front of him again led by Pataky and Hansen that other teams will have to find a way around. The Sabres also mentioned in a statement that they want to keep the trophy in NSW “The past three AJIHL seasons have all been won by the NSW teams and we feel that with this team it is again our year to try and take out the championship”. With this line up they have a very good chance of doing so. The home derby between Sabres and Wolfpack will be one to watch this weekend Saturday October 31st 6:15pm at Penrith Ice Rink.