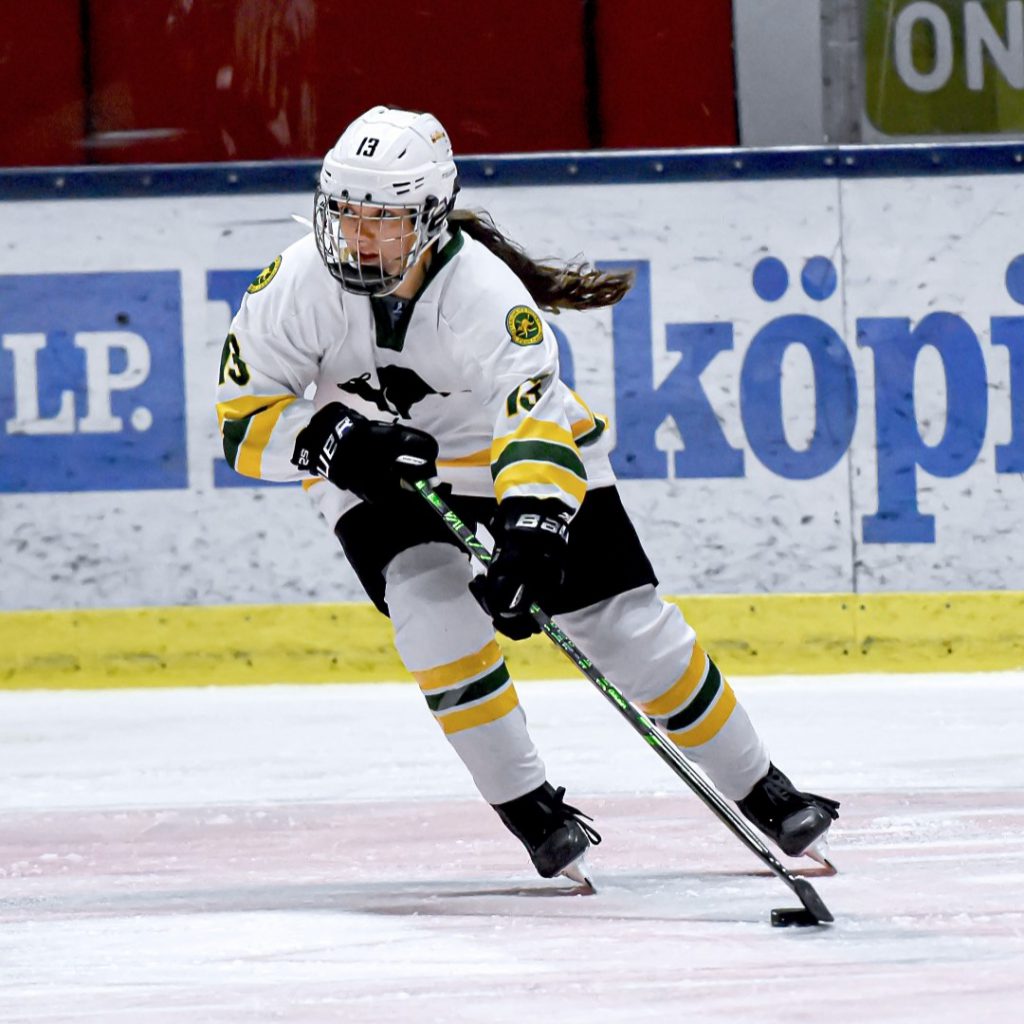 Australia has defeated Iceland 6-1 to begin their world championship campaign on a winning note. Michelle Clark-Crumpton and Shona Green each found the net twice, Natalie Ayris recorded a goal and two assists, and Tess Reynolds also found the back of the net. Goaltender Olivia Last saved 22 of the 23 shots she faced to record the win.

Australia pressured Iceland from the outset, utilising an effective forecheck to maintain offensive zone time. Although they failed to convert on an early powerplay, their hard work paid off after just 3:45. Natalie Ayris passed the puck from Gretzky’s office to Tash Farrier, her shot generated a rebound, which Michelle Clark-Crumpton deposited past Karitas Halldorsdottir and into the net.

Australia continued to push for an insurance marker, forcing Iceland to take penalties for holding the stick at 7:54, and holding an opponent at 11:59. Iceland would kill off the former powerplay but not the latter. Kjartansdottir was in the box for just 25 seconds before Shona Green doubled the lead. Iceland attempted to clear the puck but it went only as far as Georgia Moore. Halldorsdottir could only parry her shot from just inside the blueline, which Green backhanded over her pad and into the net.

Less than two minutes later Iceland were digging the puck out of their own net yet again. This time an aggressive forecheck allowed Eiland Kenyon to generate a turnover, the puck found Tess Reynolds in the slot and the doctor went top shelf glove-side to make it 3-0.

Iceland got their first powerplay of the period when Clark-Crumpton went to the box for holding but Iceland were unable to convert with the numerical advantage. Clark-Crumpton exited the box, stayed on the ice and was rewarded 44 seconds later with her second goal of the contest. A shot by Ayris from the point led to a rebound to the right faceoff circle which Natalie Ayris collected and sent a beautiful cross-crease pass for Clark-Crumpton to one-time into the net past a diving Halldorsdottir.

In the dying seconds of the 1st Clark-Crumpton nets her 2nd of the game!!! @icehockeyausThe period ended with Australia leading the shot-count 12-6 (66.67% shot share). Three of the four goals were a result of rebounds and the fourth was off a defensive zone turnover in the slot. Iceland were on the verge of being routed if they could not find a way to control rebounds and clear the front of the net.

Iceland started the period with a different goaltender between the pipes, Birta Helgudottir replaced Halldorsdottir. 40 seconds later, Shona Green raced to a loose puck on the half-wall and skated in alone on Helgudottir. There was an option in front for the cross crease pass which Helgudottir had to be aware of and drifted to cover the pass. Green instead pulled the puck back to her forehand and fired it near post for her second goal.

1:33 later Australia lit the lamp once again in 4-on-4 action. Natalie Ayris collected her own rebound and put it through the sprawling Helgudottir’s wickets. I am crediting Ayris with the goal here as she is listed as the scorer on the IIHF website. However, Women’s Sports Highlights credits Shona Green with the goal. With the grainy footage it is hard to tell whether it is Ayris (#18) or Green (#10), so Women’s Sports Highlights may also be right.

Only the most partisan of Australian supporters couldn’t help but feel sorry for the hosts, failing to score on home ice is a bitter pill to swallow for fans in attendance. As much as I would have liked to see an Oliva Last shutout, it was also nice to see Iceland get a consolation goal. Converting on some rare sustained offensive zone time, Iceland were able to generate a rebound from the point that wasn’t cleared and Sunna Bjorgvinsdottir’s shot squeaked through Last and into the net. Iceland were finally on the board.

Both teams seemed content to see time wind down, Australia rolled their lines and focused on maintaining their structure and playing smart two-way hockey. The defense stifled Iceland’s chances, keeping shots to the outside. The period ended with a 9-8 shot advantage for Australia (52.9% shot share), meaning they ended the contest with a comfortable 57.4% shot share.

Final Thoughts and What’s Next

This was a truly dominant display by the Australian team. As someone who has watched a lot of AWIHL games over the past few months, it was a real treat personally to watch these same incredible athletes play for their country. They outworked and out-skilled Iceland in an overpowering performance.

Next up for Australia is a matchup with Turkey and potentially a familiar face protecting the Turkish goal, Sydney Sirens goaltender Sera Dogramaci. Dogramaci was instrumental in helping Turkey defeat the Ukraine in overtime by a score of 3-2; Turkey was outshot 32-25 in the contest. The matchup could see two Sydney Sirens goaltenders in action, with Tina Girdler a possible starter for Australia.

Credits and our thanks go to:
Hockey Embassy
Women’s Sports Highlights