Game officials quietly go about their business and try their best to blend into the background. That’s why as players took to the ice at the Hunter Ice Skating Stadium on Saturday 4th May, a milestone quietly took place that most people within the stadium would not have realised. The game referee, Joe Mayer, was officiating his 100th AIHL game.

Joe is a mainstay of the officiating team in Sydney despite the pressure of officiating in the top league in the country. 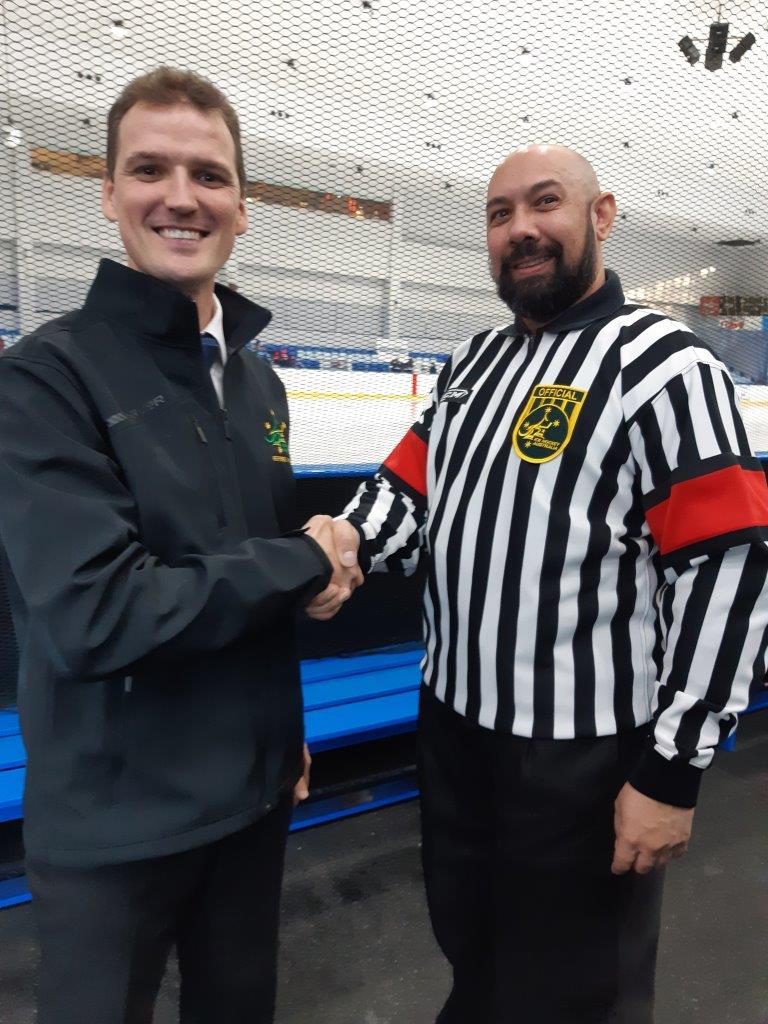