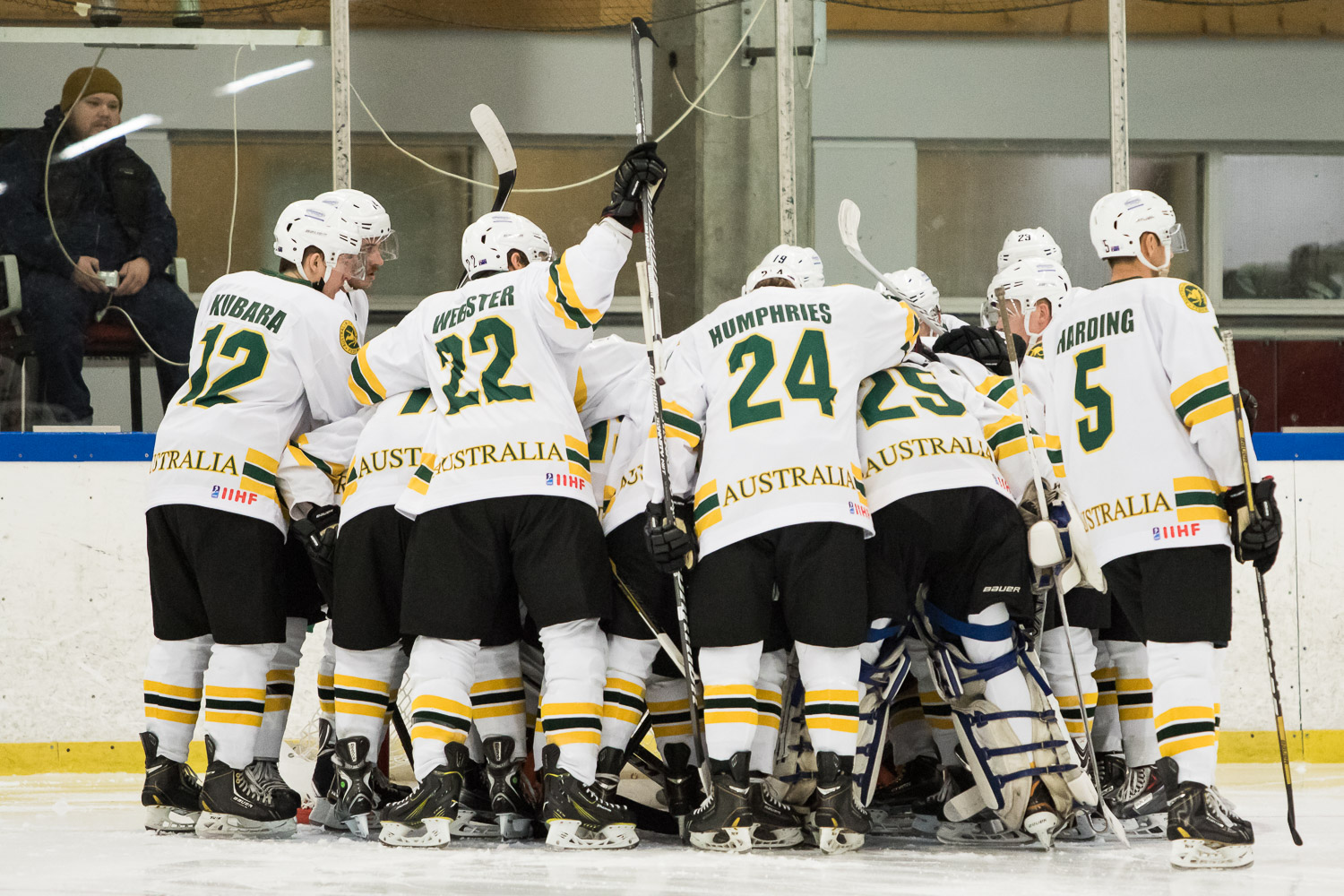 Australia rally together the last time the side played Romania at the 2015 IIHF World Championships in Iceland. Picture: Elvar Freyr Pálsson

A new-look Australian Mighty Roos team will take on the world at the 2017 IIHF Division 2 Group A World Championships in Romania from April 3-9.

Australia will have 10 new faces in the 2017 edition of the event, including eight debutants for the senior mens team.

Former imports Josef Rezek from the Adelaide Adrenaline and the Newcastle North Stars’ John Kennedy have also received citizenship, while Beau Taylor from the North Stars is available for the first time.

Billy Cliff will return to the side in 2017.

The schedule for Australia, ranked 36th in the world in men’s hockey, for the division 2 group A world championships is:

At last years’ division 2 group B world championships in Mexico City, Australia returned to the group A after finishing undefeated with a points differential of +48 (58-10) in five games.

Paul Baranzelli and Anthony Kimlin were also named defenceman and goalkeeper of the tournament respectively.

Read more about the 2017 division 2 group A world championships at: www.iihf.com/competition/600/