Ice Hockey South Australia game official Beth Bowshall was invited by the Swedish Ice Hockey Association to officiate games in the Swedish Women’s Hockey League (SWHL) or Svenska damhockeyligan (SDHL) – the top women’s league in the country.  The league is regarded as the best women’s hockey league in Europe and consists of players from all over the world.

Beth spent a month based in Stockholm officiating games where she was able to work with two referees and a linesman who will be officiating at the 2018 Olympic games.  Every game was supervised and one-on-one feedback provided after each game.

Beth was also assigned to work a three game International series between the Sweden and Finland Under 18 National Women’s teams, just weeks before the two teams were departing for the World Championships in Russia.  The games were combined with a mid season camp for Sweden’s seven IIHF female officials which included off ice fitness testing, supervision and video game review.

“It was an opportunity I couldn’t say no to.  The supervision and mentorship was invaluable.  When you get to work high level games with such high calibre of officials you get to appreciate that it’s so much more than getting the call right – that’s almost the easy part.  I will definitely be bringing everything I have learned into the coming season and share my knowledge with other Australian officials,” says Beth.

Joel Hansson, Swedish Referee in Chief, had this to say about the exchange:
“We feel very privileged that Beth was able to come to Sweden and work both our top games in the Swedish female league but also taking the opportunity for the national team games between Sweden and Finland U18.  She proved that when given the opportunity it doesn’t really matter where you are from or how big hockey is in your country, good preparation and a great attitude will have you succeed in the end.  We are really hoping that Beth’s trip is not an end of her journey but a start for a great cooperation in the future between our Federations.  I believe we have a lot of things to learn from each other and can create success together.” 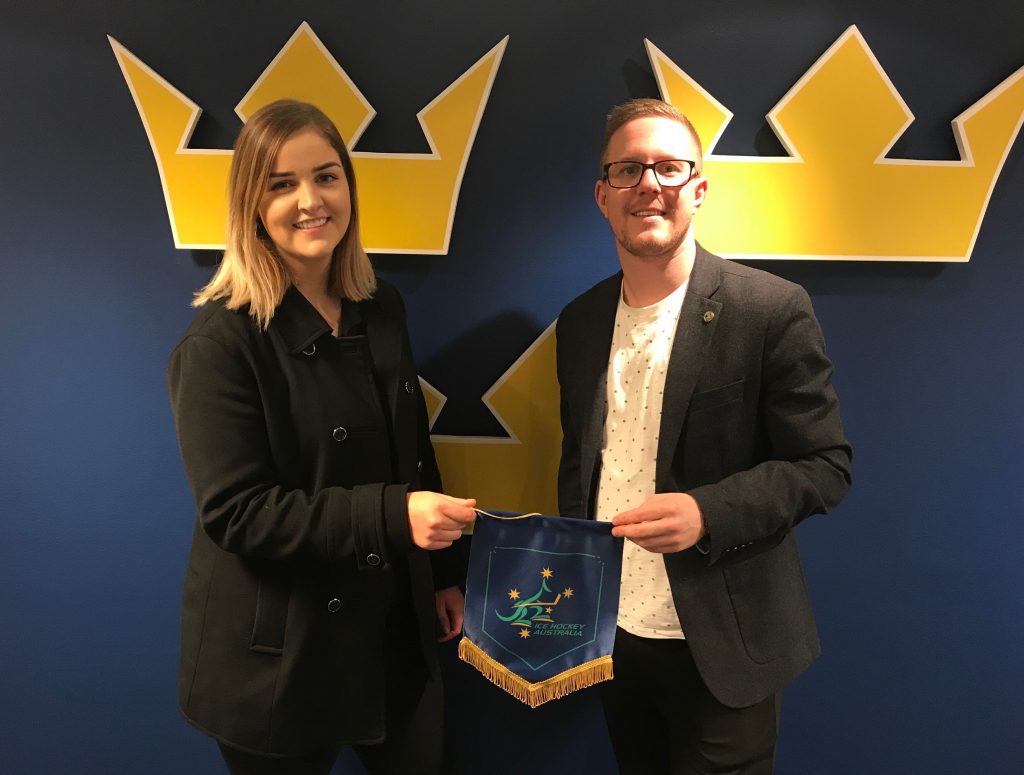