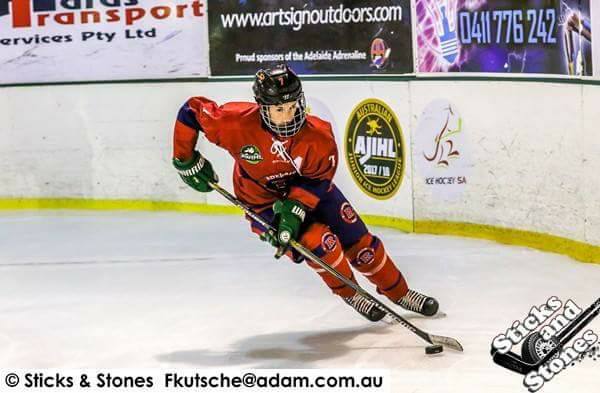 The game was a tough tussle for much of the opening period with Adelaide Rush holding firm against the league leaders. As is frequently the case in this sport tensions were lingering with neither side prepared to give an inch. Rush goalie Keesha Atkins held off a multitude of attempted goals from the Sirens before Rush Captain Ashley Pelkey broke the deadlock. Pelkey scored the lone goal in the opening period after being assisted from Adelaide Rush superstars Kirsty Venus and Natalie Ayris. Sirens Coach Troy Morgan must have pleaded with his team in the break to respond from a rare goalless period and they did so swiftly with Stephanie Cochrane nailing the Sirens’ first in the opening three minutes of the second period. However, this did not intimidate Adelaide Rush one bit as Natalie Ayris scored Rush’s second in a quick reply as Kirsty Venus clocked up another goal assist in what loomed as another dominate game for her. The Sydney Sirens looked as though they achieved their second when Rush goalie Keesha Atkins managed a very nice save before accidently dropping it for an opportunistic Sydney Sirens player to put it in the back of the net. Despite, the gasps from the pro-Adelaide crowd, the goal did not stand with the referees deeming Atkins to have already caught the puck. However, this goal was realised a short time later with Stephanie Cochrane’s second goal being the equaliser. A 2-2 score line leading into the final period meant the stage was set for a cracker of a finish.

Adelaide Rush only needed 38 seconds to hit the front in the final period and from there they never looked back. Ashley Pelkey scored a true captain’s goal early that saw Adelaide Rush on the cusp of a great victory. An arm wrestle of a last period saw the Sydney Sirens unable to level the scores and Adelaide Rush unable to ice a famous victory. That was until, an extraordinary breakdown in communication saw the Sirens’ goal vacant in the dying minutes of the game. The grandstand was shaking as Natalie Ayris was skating into an open goal. She slotted it into the back of the net and the underdogs were home! When the final siren sounded it was pandemonium on and off the ice! The excitement from the Rush fans would have put the North Korean Olympic cheer squad to shame. It was one for the ages for Adelaide Rush. 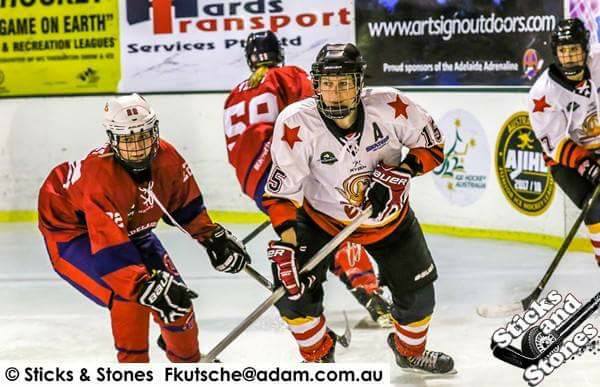 After Saturday’s stunning result, there were several questions going into Sunday’s contest. At the forefront of which were whether Adelaide Rush could make the most of the momentum gained from Saturday’s result or whether the Sydney Sirens would quickly regroup and seek revenge? Sydney came out as though they were breathing fire. They looked ominous early creating several opportunities at goal that placed Adelaide Rush’s defence under enormous pressure. This pressure reached breaking point when captain Stephenie Cochrane and Amelia Matheson assisted in Sharna Godfrey nailing the first goal of the game. Godfrey set herself for a big game scoring another one before the first period was out. Kristen Embrey quickly joined her in the goal scoring list making the scores 3-0 at the first break. To make matters worse for the home side, the Sydney Sirens started the second period as they finished the first with Stephenie Cochrane scoring a goal in the opening minute marking her third for the weekend. If alarm bells were not sounding then, they certainly were when Sirens forward Krista Murphy got Sydney’s fifth successive goal while Adelaide Rush were yet to trouble the scorers. The Sirens dominance of the match did not come to a halt in the last period as they continued to put the foot down knowing the importance of the match in constituting top spot on the AWIHL ladder. Stephenie Cochrane scored another two goals to confirm herself as one of the best performers on the ice over the weekend with a combined five goals for the weekend.

The final score line of 7-0 highlights the emphatic response by the Sydney Sirens in re-establishing themselves as the premier team in the competition. By splitting the points over the weekend, they lock in top spot in the AWIHL ladder going into finals which provides them with the best possible opportunity of retaining the championship title. However, take nothing away from Adelaide Rush, especially their inspired performance in Saturday’s game which lifts them to third place on the ladder. Their performance on Saturday was due reward for the effort they have put in this season and it was a pleasure to have witnessed it. The next step for them is to gain a greater level of consistency that if contained will see them become a force to be reckoned with.