The Commissioner of the AWIHL, Melissa Rulli is very pleased to announce that Sport Recreation Victoria is providing a Significant Sporting Events Program: Event Assistance Grant to hold the AWIHL Finals in Melbourne on March 17-18th 2018 at the OBGA in Docklands, Melbourne. 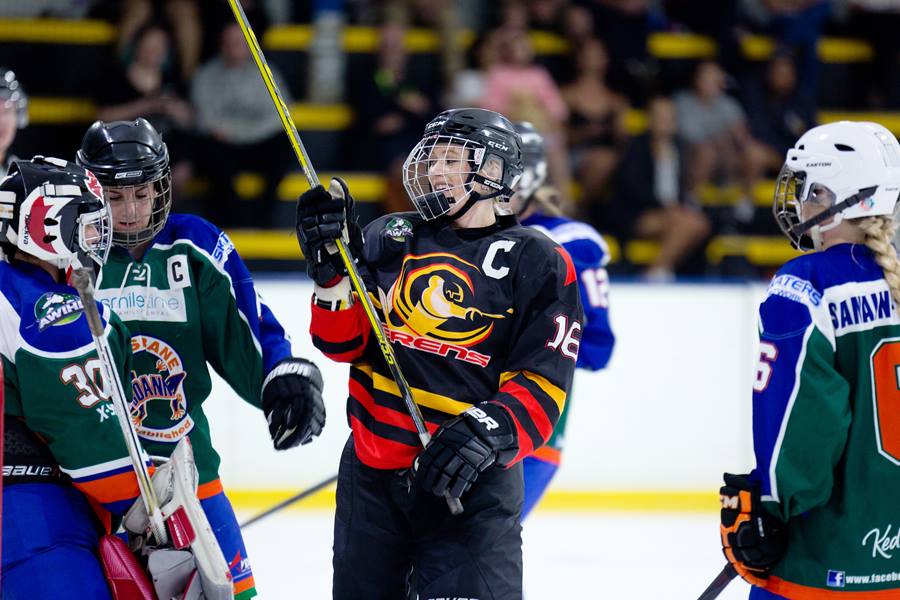 Minister for Sport John Eren said the rise of AFLW, Super Netball, WNBL, W-League and the AWIHL has shown that women&#39;s sport is more popular than ever – and we&#39;re proud to help ensure it continues to grow even further through our Significant Sporting Events Program.
“This new season will give even more Victorians the chance to see ice hockey at its best and inspire a new generation to hit the ice and follow in the footsteps of our AWIHL Melbourne Ice stars,” Mr Eren said.
“We thank the Minister of Sport for this funding” said Ms. Rulli. “This assists in reducing the operating costs for the event in Melbourne, at the OBGA facility in Docklands.”
The Australian Women’s Ice Hockey League (AWIHL) is a national league that provides the highest level of competition played regularly by our female competitors. At the moment, the League consists of four competing teams: Adelaide Rush, Brisbane Goannas, Melbourne Ice and Sydney Sirens. The current League Champions are the Sirens who beat the Goannas in a thriller to win the Joan McKowen Memorial Trophy for season 2017-2018.
The AWIHL is conducted for the sole purpose of providing a consistent and continuous high level of competition for the advanced level female players in Australia and to support the aims of the National Women’s Program in their international endeavours.