The Official Site of the Australian Ice Hockey Federation. Ice Hockey is one of the most exciting sports to play.  If you want to learn to play Ice Hockey you will find more information here.

For merchandise, please follow the link to our shop 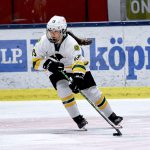 24 February 2020, by GORDON WITT         Australia has defeated Iceland 6-1 to begin their world championship campaign on a winning note. Michelle Clark-Crumpton and Shona Green each found the net twice, Natalie Ayris recorded a goal and two assists, and Tess Reynolds also found the back of the net. Goaltender Olivia… Read more »

7 February 2020, by GORDON WITT The Sydney Sirens have defeated the Adelaide Rush 3-0 to win their second Joan McKowen trophy as AWIHL champions. Tina Girdler (Sydney) and Michelle Coonan (Adelaide) went without rest, backing up their semi-final wins from the previous day with a start in the grand final. The matchup saw the… Read more » 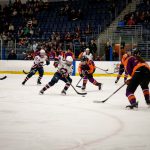 7 February 2020, by GORDON WITT The Melbourne Ice have defeated the Perth Inferno 4-3 on home ice to secure their bronze placement for the 2019-20 season. Two rookie netminders got the start with Sasha King and Makayla Peers between the pipes for Perth and Melbourne respectively. First Period Melbourne started well early, an end to… Read more » 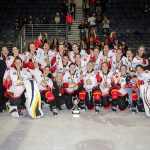 By Kirby Fenwick at sirensport.com.au  The 2020 Champions and Gold medalists: the Sydney Sirens. Photo: Phil Taylor It’s a Sunday afternoon in February, one of the hottest months of the year in the driest inhabited continent on earth. And I’m shivering inside O’Brien Icehouse. Ahead of me is the bronze medal and the gold medal… Read more »

IHA would like to congratulate the following players and staff who will be representing Australia at the 2020 IIHF Ice Hockey U18s World Championship Div II, Group B in Sofia, Bulgaria from the 23-29th March 2020. This game was recently relocated from Tianjin, China to Bulgaria. 1. Anthony Njirich D (WA) 2. Arthur Wang D… Read more » 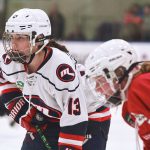 2 February 2020, by GORDON WITT The Adelaide Rush will be playing for the championship after a stunning 4-2 win over the Melbourne Ice. Although Adelaide finished ahead of Melbourne in the regular season standings, the Ice entered the matchup having beaten the Rush twice over the final weekend of the season. Adelaide enjoyed a… Read more »